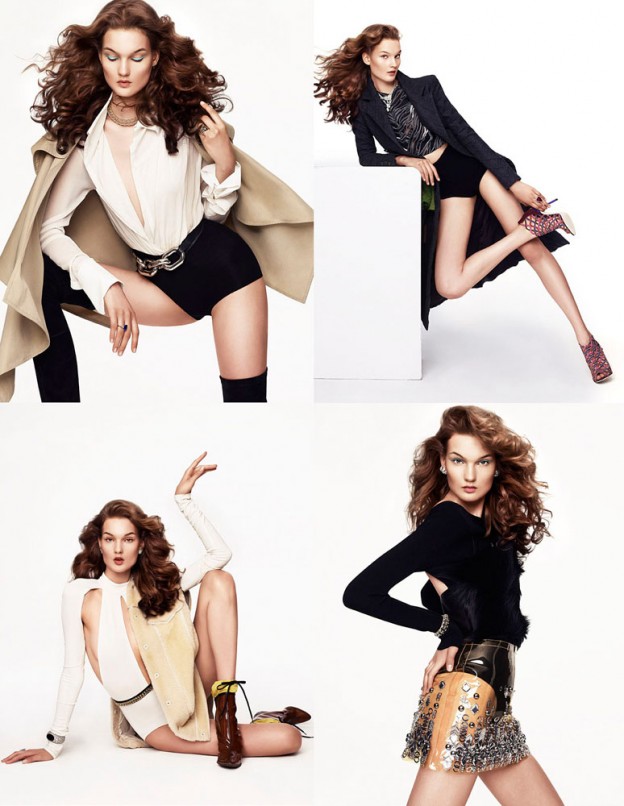 From artistic niché to glossy hotness – that’s the route to go! And how Kirsi Pyrhönen channels that role in her latest editorial for Harper’s Bazaar China, gives an example what’s up to come. Story for the August issue was photographed by Shxpir, and styled by Aeri Yun.